Kickstarter is a new way to fund creative projects. It is a platform where anyone can launch a project and seek funding. The project creators set a funding goal and deadline for their project. Projects only get funded if the funding goal is met. If people like the project they can pledge money to help make the project happen. In 2012 over 2 million people pledged just under $320 million, resulting in 18109 successful projects both in the US and UK.

What do they get in return you might ask? Well each project is different but typically the project creator may offer different gifts dependant on various levels of funding pledged. Gifts might include a free limited edition, the inclusion of their name within a cover sleeve or free merchandise. It is a powerful way to connect with a community interested in creative work. On each project page visitors can share using Twitter and Facebook extending the reach of the project to more people. Some projects use the site to promote their work and are not looking for funding. Either way the project creators keep total ownership of their work.

Creative Areas include: art, comics, dance, fashion, film & video, food, games, music, photography, publishing, technology and theatre. You can search for projects in these categories, by city or those featured by Kickstarter. 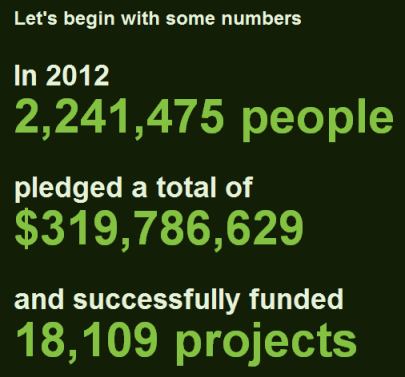 Creative works were funded this way for centuries. Mozart, Beethoven, Whitman, Twain, and other artists funded works in similar ways — not just with help from large patrons, but by soliciting money from smaller patrons, often called subscribers. In return for their support, these subscribers might have received an early copy or special edition of the work. Kickstarter is an extension of this model, turbocharged by the web. – Kickstarter

The video of the Landfill Harmonic project really caught my eye. It is a truly inspirational and moving story of how instruments are being made from recycled trash in Paraguay. Instruments include a cello made from an oil can and wood that was thrown away in the garbage. This has then opened up the opportunity for children in this area to be able to own and learn to play a re-cycled instrument and become part of an orchestra. Pledges start at $1 however this project will only be funded if at least $175,000 is pledged by Wednesday May 15, 6:10pm EDT. 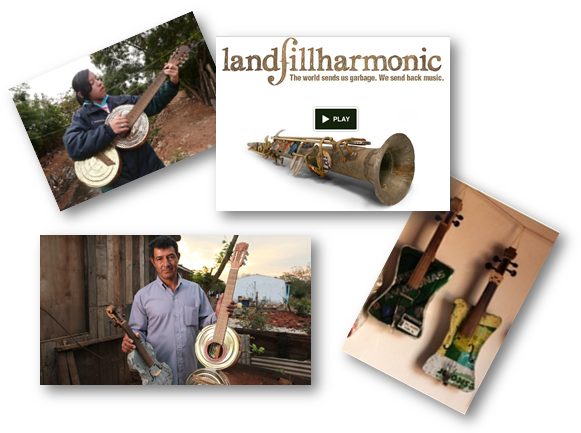 Some other examples of successful projects are below, but this is just the tip of the iceburg! I would definitely recommend you visit Kickstarter and take a look for yourself to see what is being achieved. 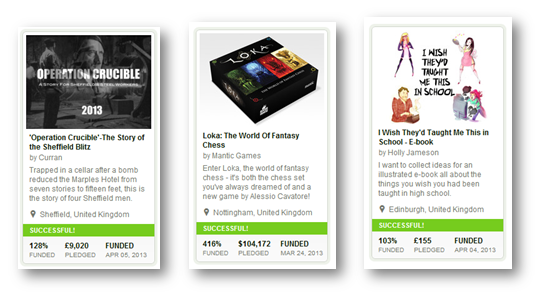 A National Teaching Fellow, Educational Developer and Principal Lecturer in Computing with a research interest in the use of social media in higher education.
View all posts by Sue Beckingham →
This entry was posted in Social Good and tagged Kickstarter, Online Communities. Bookmark the permalink.

3 Responses to Kickstarter: crowdsourcing funding for your creative project